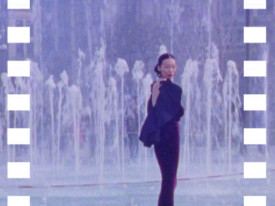 As part of the ongoing documentation of late great Chinese cultural icon Madame Song, I collaborated with Modern Media group to make this film. Model Ling Tan portrays Madame Song in her vintage bespoke Pierre Cardin pieces from the 1970s. As muse to Pierre Cardin in the 1970s, Madame Song opened up the famous Maxim’s restaurant in Beijing, and became the mother figure to many of the emerging creatives in the 1970s and 1980s, a time when China was finding creative expression again. Many of these creatives Madame Song mothered grew to become cultural icons and creative greats in their own right. This film first screened at the Madame Song exhibition at Beijing’s Central Academy for Fine Arts (CAFA) in December 2010-January 2011. It has since shown internationally, most recently at the November 2012 UCCA and 798 film festival ‘Dressing the Screen: the Rise of Fashion Film.’